“Bill is a huge fan of French Onion Soup and he saw a French Onion Soup Chicken recipe that he asked me to try.  I think I found a better one, and it’s a lot faster and easier too.  I just doubled the sauce.  This tender chicken, French Onion Soup style, is real easy to make in a slow cooker. It is so tasty and I love it too! Bill thought it was fabulous!  It was delicious served with rice, and it’ll be great with mashed potatoes, polenta, or over a thick slice of lightly toasted bread.   Enjoy!”

* Percent Daily Values are based on a 2,000 calorie diet. Your daily values may be higher or lower depending on your calorie needs.

This site uses Akismet to reduce spam. Learn how your comment data is processed. 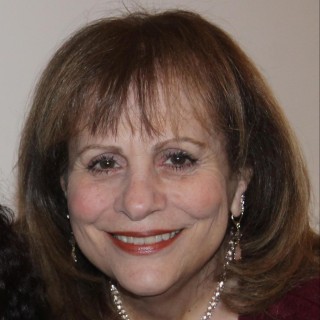 I am so glad you are here and welcome to my food blog! I love sharing recipes tried and true, old and new with you. I have been cooking and baking, researching, learning, taking lessons, and loving it all since I was about 12! What good is keeping favorite recipes and techniques all to yourself? I believe in sharing, and I guess that "once a teacher always a teacher" phrase is me! So thanks for stopping by! I hope you enjoy the recipes and the little stories that go with them! My husband Bill is the photographer and my biggest food fan and critic! I look forward to answering your questions and comments! :)

When I Posted A Recipe

If I knew you were coming I'd have baked a cake...

The latest news on WordPress.com and the WordPress community.

Stepping Back To A Simpler Time!

Simply Made Kitchen and Crafts

One of a kind handmade jewelry created by Ann Carmen

An English quilter in Switzerland

Learn about Goan and Indian Recipes

Cooking Is My Sport

FOOD WITH A VIEW

Life doesn't have to be perfect to be wonderful - stories and recipes from a wonderful life...

Magazine of a Storyteller... articles about world cultures, travel, and recipes with a twist and tango ♪ ♪ ♪ ...

And all the yummy things we are making…

My Foray Into Food Storage

...and Everything Else I Love to Bake!

Sweet Revelations
a whisk and a spoon

Mikey's In My Kitchen

Cooking For An Inspirational Eater

recipes from a food stylists kitchen

musings of a baking fiend

Bake With Me!
Foodie On Board
COTTAGE GROVE HOUSE
NancyC
ice cream magazine

................... for lovers of ice cream. Your free on line magazine for sweet frozen treats. Recipes, inspiration, artisanal ideas for your delectation.

Rantings of an Amateur Chef

My Site
Sweet And Crumby